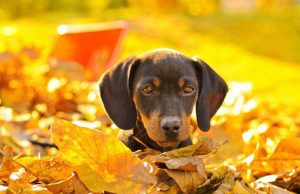 Researchers from the University of Liverpool in the U.K. pored over 31 scientific papers from both human and veterinary literature and learned something that is already widely known – a large segment of the dog population does not get walked enough.

But then they took the next step by using the prior studies to develop ideas for motivating owners to walk their dogs more often, which could one day significantly lower the obesity rates of both dogs and their owners.

Based on current estimates, researchers said that approximately 40 percent of dog owners don’t take their dogs for walks.

They reported that in the U.K. almost a quarter of households own a dog, but fewer than half of adults meet the recommended level of 150 minutes per week of physical activity. And in the U.S., studies have indicated that dog walking is decreasing in popularity as a form of physical activity even as the dog population is steadily increasing.

Targeting people who have dogs but aren’t walking them could dramatically impact their fitness levels because “if all dog owners (between 20-40 percent of the population) briskly walked their dogs for at least 30 minutes each day they would easily achieve the recommended level of physical activities,” the study authors wrote.

While reviewing various scientific papers from the U.S., U.K., Japan, and Australia, researchers came to the conclusion that the “dog-owner relationship appears to be the most important correlate of dog walking behavior.”

They reported that owners were more likely to regularly walk their dogs if they believed their dog provides motivation, companionship, and/or support for walking, or if they feel that the dog provides encouragement to walk.

Also of interest to researchers were prior intervention studies suggesting that by using “persuasive material regarding canine health benefits,” dog owners can be influenced to focus more on dogs’ need for walks than their own. Shifting owners’ perspectives in this way appears worthwhile because people tend to be more motivated to walk dogs when they believe that they are supporting the needs of the dog, or feel a sense of parental pride because they are doing something beneficial for the dog, researchers wrote.

In addition to fostering positive feelings about walking among dog owners, more focus is needed on stripping away some of the negative feelings they might have, researchers reported.

Their literature review revealed that there are several barriers preventing people from walking their dogs, including:

Owners might also avoid walking dogs due to fears about how their pets will act in public, said Carri Westgarth, Ph.D., population health scientist at the University of Liverpool and the study’s lead investigator, in a university news release.

“The study also found that some people are worried about their dogs’ behavior and may be less likely to take it out to the park – potentially out of embarrassment or worry about how it might act – but lack of walks may also be causing this bad behavior, due to boredom, frustration, or lack of socialization,” Westgarth said.

Putting the information together to encourage more dog walking

“There aren’t many studies in this area at the moment, but with such a large proportion of people having a dog, it seems that better education, facilities, and improved relationships with our pets could be a great way for a large portion of the population to feel encouraged to exercise,” Westgarth said.

Read the full study in the International Journal of Behavioral Nutrition and Physical Activity.